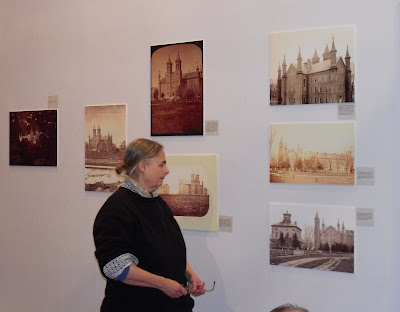 Old photos of the Antioch College campus were on display at last night's rededication of South Hall.
The new Antioch College reopened one of its four original buildings in a re-dedication celebration last night. South Hall, which has been a dormitory, classroom building and in recent years housed the Herndon Gallery, will be used for office space as the college gets off the ground in its most recent reincarnation. Interim President Matthew Derr kicked off the festivities saying there would be no ribbon cutting ceremony for the re-dedication of the building which has been redone from top to bottom, including a new heating system. Also Speaking were Pro Tempore Board President Lee Morgan; long-time Antioch College Archivist Scott Sanders, who gave an architectural history of all the buildings on the campus; and John Feinberg an Antioch alumnus and architect who oversaw the work on South Hall. The Herndon Gallery space was filled to capacity with alumni, former faculty and villagers for the event. 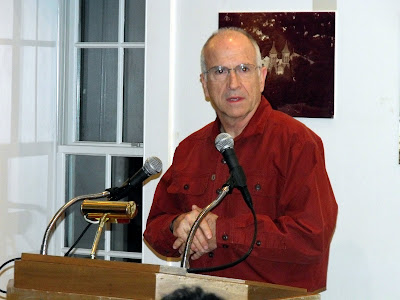 Lee Morgan reminisced about his days in South Hall when it was a dormitory. 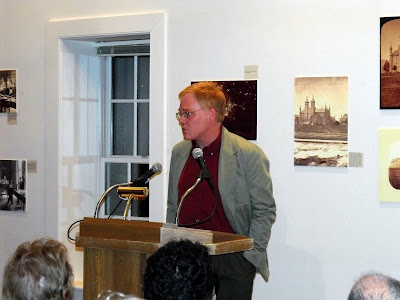 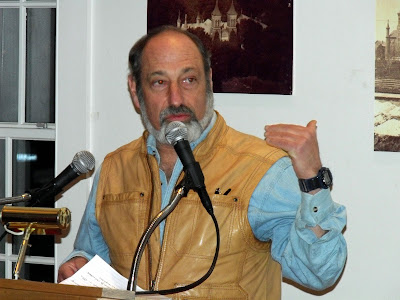 John Feinberg talked about the challenges of preserving the old buildings.
Posted by Virgil Hervey at 6:56 AM