Do you believe this? 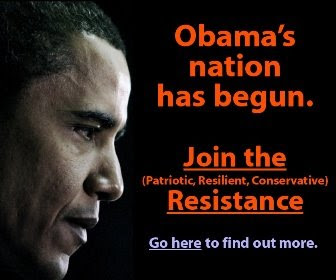 I lifted this off the Drudge Report - one of his advertisers. The link gos to a site called Grassfire.org, where there is a petition to sign pledging your resistance to the President Elect's programs, even though he is still more than two months from taking office. They are lining up resistance to start from day one of the new presidency.

"Sore losers" doesn't say enough. "Divisive" is probably accurate, but not strong enough. Anything else I could say might get me in trouble. I agree with their right to disagree, but until they have given him a chance, all they are disagreeing with is the McCain campaign's characterizations of Obama policies.
Posted by Virgil Hervey at 2:09 PM 1 comment: