The Road to Moneygall 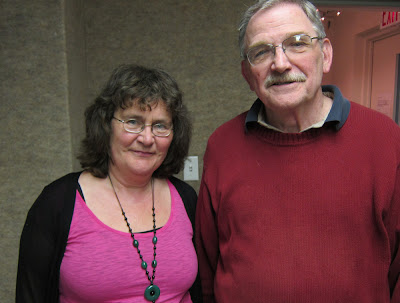 The first is a documentary called “The Road to Moneygall” about President Barack Obama’s Irish forebears, including a branch of the family that moved to the Miami Valley in the mid 1800s.

President Obama visited the tiny village of Moneygall on Monday, May 23rd, to visit the birthplace of his great - great - great grandfather Falmouth Kearny.

Falmouth Kearny, Obama’s ancestor, came to Ohio in 1850 and lived near the intersection of Ross, Pickaway and Fayette Counties

Irish radio producer Mary Phelan came to the area in late April to interview Kearny’s descendant, Roger Kearny of Troy, Obama’s fourth cousin three times removed, who did genealogical research that connected the Kearny family to Obama. . He was producer Mary Phelan’s guide on her visit.

WYSO is the first North American radio station to air Phelan’s documentary, which was produced for Irish Radio.

On Monday, May 30, WYSO will begin a five part series called “The New Face of Wright-Patt.” The 2005 Base Realignment and Closure Decision, or BRAC, was a big win for Wright Patterson Air Force Base and the entire region is feeling the impact. In the five part series beginning Monday May 30, WYSO will look at how growth at the base is rewriting Dayton’s history. The series will air daily on Morning Edition May 30 through Friday June third. It will also be available on the WYSO website, WYSO.org.

The series was produced in collaboration with NPR’s “Impact of War” project. NPR editor Danyell Irby visited WYSO to coordinate the editing of the project during the week of May 16.
Posted by Virgil Hervey at 10:05 AM