At the Library , Thursday 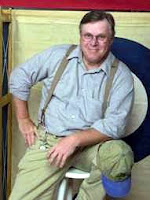 Bob Lucas is a songwriter, actor, singer & multi-instrumentalist. For the last 15 years he has been working for the locally known as well as nationally famous Mad River Theater Works where he holds the position of music director and songwriter in residence. As a songwriter he has achieved success having his songs recorded by international recording stars such as Alison Krauss, New Grass Revival, Sam Bush and Kathy Chiavloa. His debut solo album, “The Dancer Inside You”, received a four star rating from Downbeat Magazine. Two of his songs have been released on the award winning Alison Krauss and Union Station album “New Favorite”. Listen to Bob’s music at http://www.boblucasmusic.com/music.html.
Posted by Virgil Hervey at 11:21 AM