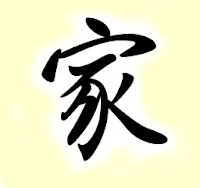 6th Annual Dayton/Kyoto International Print Exchange Invitational, theme: House/IE/Home at the Springfield Museum. It will be up from March 13th to April 25th and our opening will be March 20th, Saturday from 5:30 to 7:30. There will also be a Gallery Talk with some of the artists on Thursday, March 25 from
6:00 p.m.

In 1996 the Print Cooperative members found a suitable location at 913 Keowee Street where they leased over 1000 sq. ft of space. They moved the presses and other printmaking equipment there and formed the new Dayton Printmakers Cooperative. The Print Cooperative has continued to grow, supported by the artist members in partnership with DVAC.

The Gen Studio Group came into being when Yellow Springs resident Sherraid Scott and Keiko Yuasa were looking for a place to do etching in Kyoto and found a Kyoto Seika graduate, Iwao Yamagen, who had a studio. Both artists became very excited by the printing and the other artists in the group studying under Yamagen. They decided to call themselves the Gen Studio Group after their teacher, YamaGEN.

In the late 1990’s Sherraid decided to become a full-time artist and returned to Yellow Springs. She continued to study at Wright State but returns to Japan each year where she and Keiko continue printmaking with Yamagen. In 2001 they began to discuss a joint America/Japan print show. When Sherraid joined the Dayton Printmaker’s Cooperative in 2002 it seemed a perfect chance. It was decided to have a print exchange between these two groups and the Dayton/Kyoto International Print Exchange Invitational was born.

Our first show was in 2003-4 at the gallery TOBE in Kyoto and at Wright State’s Experimental Gallery here. The theme was FACES. The Second Dayton/Kyoto Print Exchange was held at the Dayton Public Library in Dayton and at the Kyoto Hakubutsukan Museum in Kyoto, where it has been shown each year since. The 2004-5 theme was METAMORPHOSIS. The third exchange show in 2005-6 was shown at the Riverbend Gallery and the theme was THINGS WITH FOUR LEGS (4 legged things.)

The following year the U.S. was show at the Dayton Visual Arts Center. The 2006-7 exchange exhibition, our fourth, was on the theme of BRIDGES. In 2008-9, the fifth exchange show featured the theme of HIBERNATION, and was held at the Wright State University’s Experimental Gallery – repeating our first venue.

Each year the groups collectively decide on a theme for members to pursue. The process is informal, and alternates between Dayton and Kyoto. The process in Dayton is for each member to come up with ideas and for the group to collectively decide on one. There are usually several to choose from, and the discussion can become intriguing. For example, the theme of BRIDGES was selected for the broad metaphorical associations among other reasons. Appropriately, that theme alluded to the “bridge” between Dayton and Kyoto that the Print Exchange Invitational embodies. Several members from each city have traveled to see the exhibitions in the past five years – crossing that “bridge.” This year’s theme for the sixth Dayton/Kyoto International Print Exchange Invitational is HOME/IE.
Posted by Virgil Hervey at 8:23 AM