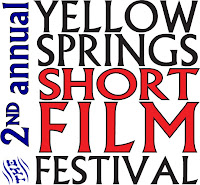 The festival will include short films that showcase the best of local filmmaking talent, from students to professionals to everyone in between and will feature audience choice awards for the most popular films.

To be considered for entry, the majority of each film must have been shot in one of the following counties: Greene, Montgomery, Clark, Madison, Fayette, Clinton, or Warren. Exceptions may be made if a filmmaker from one of those counties shot their film elsewhere. Films should be no longer than 15 minutes in length. We will allow for a 1 or 2 minute leeway to suit the filmmaker’s vision.

To submit a short film, go to http://www.littleart.com/events/shortfilmfest/ which contains the entry form and other submission guidelines. You can also join the festival’s Facebook page for more information and updates: http://www.facebook.com/ysshortfilmfest.