The Midwest Native Plant Conference held July 8 - 10, 2011, drew attendees from half way around the world.

The Conference which was supported by YS residents: Macy Reynolds & Sandy McHugh was held at the Bergamo conference center.

Sunday A.M., Sandy received a call from a taxi driver passing through Columbus with a passenger on the way to the conference. The passenger, a professor, and her three children were from Saudi Arabia and were taking a three hour taxi trip from the Akron-Kent airport to the conference center in Beavercreek Township. The taxi waited to return them to the airport. 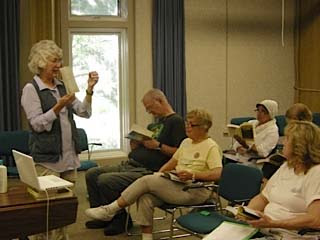 Macy Reynolds instructing on the use of Newcomb’s Field Guide. The professor from Saudi Arabia is shown on the left in the scarf. 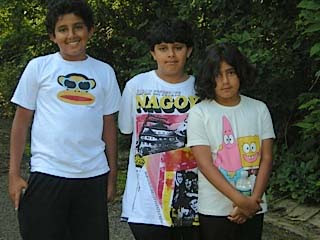