Wheels and The Appleseed Collective

The Clifton Opera House will host a very special program on Wednesday, June 1st. Wheels and The Appleseed Collective will take the stage at 7 p.m. and Clifton will never be the same again! Two high energy bands will rock the auditorium, don't miss it this blending of gypsy/dixieland/bluegrass/folk and whatever else they throw in! 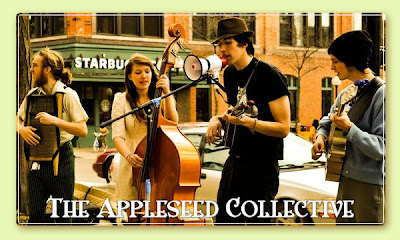 The Appleseed Collective is a 4-piece Americana-jazz-folk outfit from Ann Arbor, MI featuring mandolin, fiddle, guitar, bass, washboard and shared/harmony vocals. The Appleseed Collective formed somewhat randomly and with surprising initial inertia. With almost all members of the group writing songs the sound is eclectic; equal parts their own character and influence that ranges back to the turn of the century. 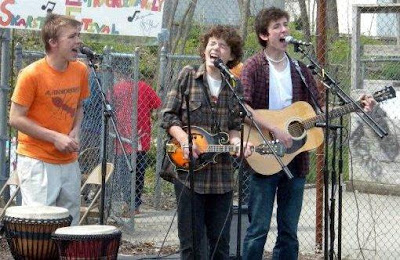 Hailing from Yellow Springs, Wheels plays a folky, high-energy mixture of everything from bluegrass to rock n’ roll. Known for their trademark three-part harmony vocals, the band consists of Rory Papania on guitar, Sam Salazar playing mandolin and ukulele, Jamie Scott providing percussion and harmonica, and Sam Crawford laying down the bass. Their sound is shaped by an eclectic set of musicians, and the band lists The Avett Brothers, Dr. Dog, and The Band among their biggest influences. Show after show, Wheels delivers an energetic and engaging performance, and every member continually looks to expand their musical horizons.

The Clifton Opera House is located at 5 So Clay Street, Clifton. Owned and operated by the Village of Clifton. Box office will open at 6pm. Advance tickets are available 937.767.2343.
Posted by Virgil Hervey at 8:39 AM