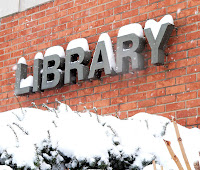 (Fast reviews for busy patrons. All materials available through the Yellow Springs Library)

"Stephanie Daley" (2007): Thought-provoking look at the issue of neonaticide defined as the killing of a child within 24 hours of giving birth. The movie offers up one possible scenario in response to the newspaper accounts of “prom moms” who have delivered a baby unknowingly (“I didn’t even know I was pregnant!”), usually alone in a bathroom stall, only to dispose of the baby in what seems like a shockingly cruel and heartless act. Might make for a useful segue to an all-important parent-child discussion.

"Martian Child" (2007): The great thing about movies on dvd are often the behind-the-scenes features that are included that aren’t available at the theatre. Martian Child is based on an award-winning novelette by David Gerrold about the author’s experience of adopting a hard-to-place child. Starring brother-and-sister acting team Joan and John Cusack, this quietly-paced movie has several layers including the controversy the movie caused when the sexuality of the adoptive parent was changed from the 2002 novel to make the movie more “audience-friendly.” Controversy aside, the movie makes a compassionate stand for adults who might not initially think of themselves as parent material to rethink what gifts they might bring to the parenting table.

Waiter Rant: Thanks for the Tip ― Confessions of a Cynical Waiter by The Waiter, Steve Dublanica (2008)

I knew nothing of Dublanica’s popular blog, www.WaiterRant.net, which won the 2006 “Best Writing in a Weblog” Bloggie Award, until I read this book. It breezily answered everything I ever wanted to know about the restaurant business but was afraid to ask. In all my many jobs in the past 30 years, I have never worked in the food industry, so this was quite a mouthful. Author and chef Anthony Bourdain’s quip on the front of the book reads: “You will never look at your waiter the same way again ― and will never tip less than 20%.” Bourdain is right on. My appreciation for waitstaff, which was already high, zoomed even higher. Don’t have time to read the whole book? Skip straight to page 289: “40 Tips on How to Be a Good Customer.” I could have used this information years ago. Thanks, Steve!

Reviews of materials available at or through the Yellow Springs Library are welcome.
Posted by Virgil Hervey at 8:22 AM