Back Story: What is it with me and animals? 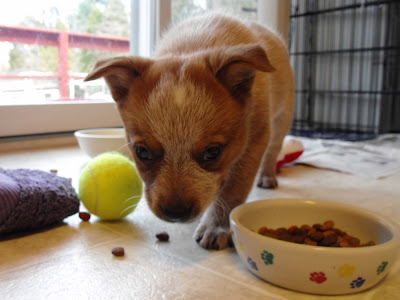 I had a dog when I was a kid. He was an English Springer Spaniel we called Patches, a wonderful dog that for a time was my best friend. We wrestled on the floor of my room, I took him for long walks in the park near our home, and at night he slept on my bed on top of my feet. We raised him from a pup, but I don't remember anything about the issues around training and housebreaking him. I was a kid; that was an adult problem. But, I suspect that my walking him at least three times-a-day was a big help.

My first pet as an adult was a black long-hair cat named Herman that we had found in a litter in a barn in Northern Massachusetts. Herman was so smart it was scary. He bonded with me like no other pet I've ever had. The first year we had him, we lived in Newport, Rhode Island. I would let him outside to roam the backyards of the old wood-frame houses in the neighborhood where we lived. He never failed to come when I called him, except on the day we were moving away. Somehow he knew, and I had a devil of a time getting him home and into the car. I could always tell how far away he was by the dogs barking in the backyards he passed through on his way home. There were other cats we had and loved over the years in New York while my kids were growing up, but none of them ever matched up to Herman.

Fast forward to Yellow Springs, Ohio. Here we are living like farmers. Our first couple years in this house were pet free. But, over the past six years, we have had dozens of chickens we raised like pets, a couple parakeets, a love bird and a parrotlet, all in violation of Amy's "no-pet" policy. And now there's the dog, the little dingo baby that has already figured me out and wrapped me around her little toe. Has she talked to the other animals? What could they have told her?

Here is what they might have said: The man is a soft touch. The more mischievous you get, the more he will scoop you up in his arms and cover you with kisses. Bad behavior rarely goes unrewarded. If you do anything right, it will be because you feel sorry for the poor sap and decide to cut him some slack. After all, he is a nice guy and it's almost as much fun to make him smile as it is to exasperate him. Bottom line: within two weeks, you will be running the show.

The other day, I was standing in the middle of the kitchen with two birds on my shoulders and a puppy at my feet. The birds had come to see what the little dog was all about and decided he was okay. There was some chatter between them, puppy yelps and bird calls. Soon the parottlet was kissing my cheek while the love bird was biting holes in my shirt and the puppy was nipping at my toes.

"This picture says it all," she said.
Posted by Virgil Hervey at 9:26 AM

Your readers knew you were a sucker with the ground hog story. So much for the hard bitten New Yorker image.

I have a theory that MOST of us are animal people of one sort or another...you are open to LOTS of animals, but for some, it has to be just the right one. I like lots of animals, too, but have restricted myself to cats because their care and lifestyle fits mine; I'd love to have a menagerie. But I really believe most humans are meant to have an animal as a companion; whether it be a snake, a dog, a cat or a fishtank is up to them. Just having a pet does something to the psyche.