Slam champ to perform at Antioch 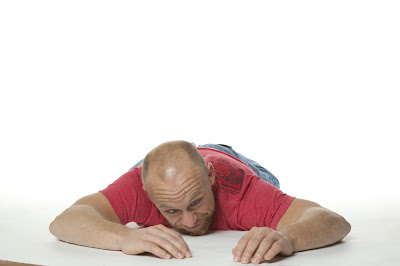 
Wakefield has been featured on NPR, the BBC, HBO’s Def Poetry Jam, and most recently signed to Ani DiFranco’s Righteous Babe Records. In 2004 he won the Individual World Poetry Slam Finals thanks to the support of anthropologist and producer Norman Lear. He successfully defended that title at the International Poetry Festival in Rotterdam, Netherlands against the national champions of seven European countries with works translated into Dutch.
In 2005 he won the Individual World Poetry Slam Championship again and has gone on to share the stage with nearly every notable performance poet in the world in hundreds of venues internationally from The Great Lawn in Central Park and Scotland’s Oran Mor to San Quentin State Penitentiary, and the House of Blues in New Orleans.
In the spring of 2001, Buddy left his position as the executive assistant at a biomedical firm in Gig Harbor, Washington, sold everything he owned, moved into his Honda Civic and set out touring North American poetry venues through 2003. He still tours full-time and considers annual Revival tours with Derrick Brown and Anis Mojgani, as well as separate tours with Ani DiFranco, to be the highlight of his career thus far.
Born in Shreveport, Louisiana, now claiming Seattle as home, Wakefield has been a busker in Amsterdam, a lumberjack in Norway, a street vendor in Spain, a team leader in Singapore, a re-delivery boy, a candy maker, a street sweeper, a bartender, a maid, a construction worker, a bull rider, a triathlete, and a sucker for anything unfolding.
Buddy, a Board of Directors member with Youth Speaks Seattle, is published internationally in dozens of books with work used to win multiple national collegiate debate and forensics competitions. An author of Write Bloody Publishing, Wakefield is known for delivering raw, rounded, high-vibration performances of humor and heart.
The event is free to the Antioch College community, and a donation of $5 to $10 is otherwise requested.

For more information, contact Jennifer Berman at 937-768-3183 or e-mail her at jberman@antiochcollege.org.
Posted by Virgil Hervey at 10:18 AM