The Yellow Springs branch of US Bank was robbed this afternoon around 1:00 o'clock, by a man who told one of the tellers "this is a robbery." An undisclosed amount of cash was taken. No one was hurt. The perpetrator, who is described as a tall light-skinned black male, left the bank and escaped in a car that was parked across Xenia Avenue. In making his getaway, he struck another vehicle. According to one source, police were given detailed descriptions of the robber, there is excellent video both from bank cameras and from a local business security cam, and a witness was able to provide a partial license plate number. 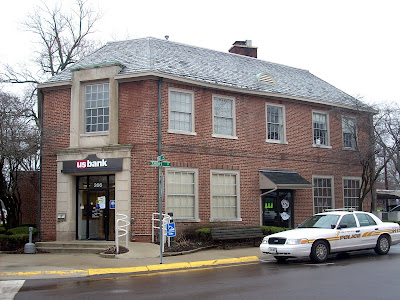 YSPD was on the job interviewing witnesses and viewing security camera tapes. 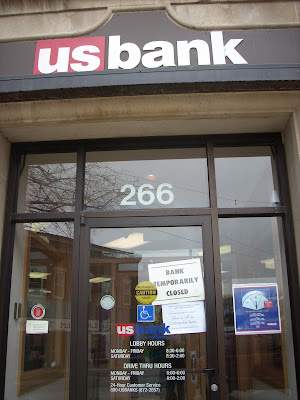 The branch was closed for several hours during the afternoon. 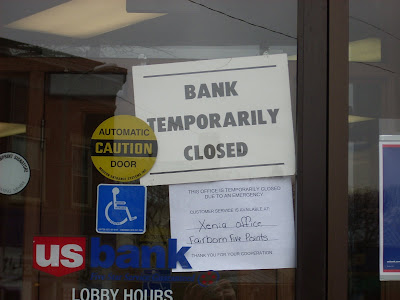 Customers were directed to the Xenia and Fairborn Five Points branches. 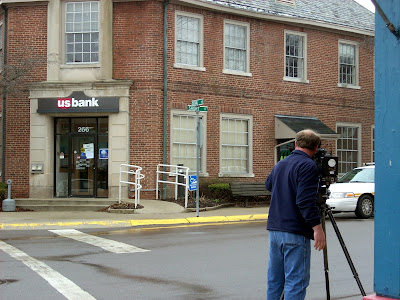 This cameraman from WHIO-TV was taking footage for the evening news.
Posted by Virgil Hervey at 2:48 PM

wow, that was not long after I was there. eeeek!

I'm glad to know no one was hurt - thank you for keeping us all informed!

Glad no one was hurt but I hope they are okay otherwise (just very unsettling).